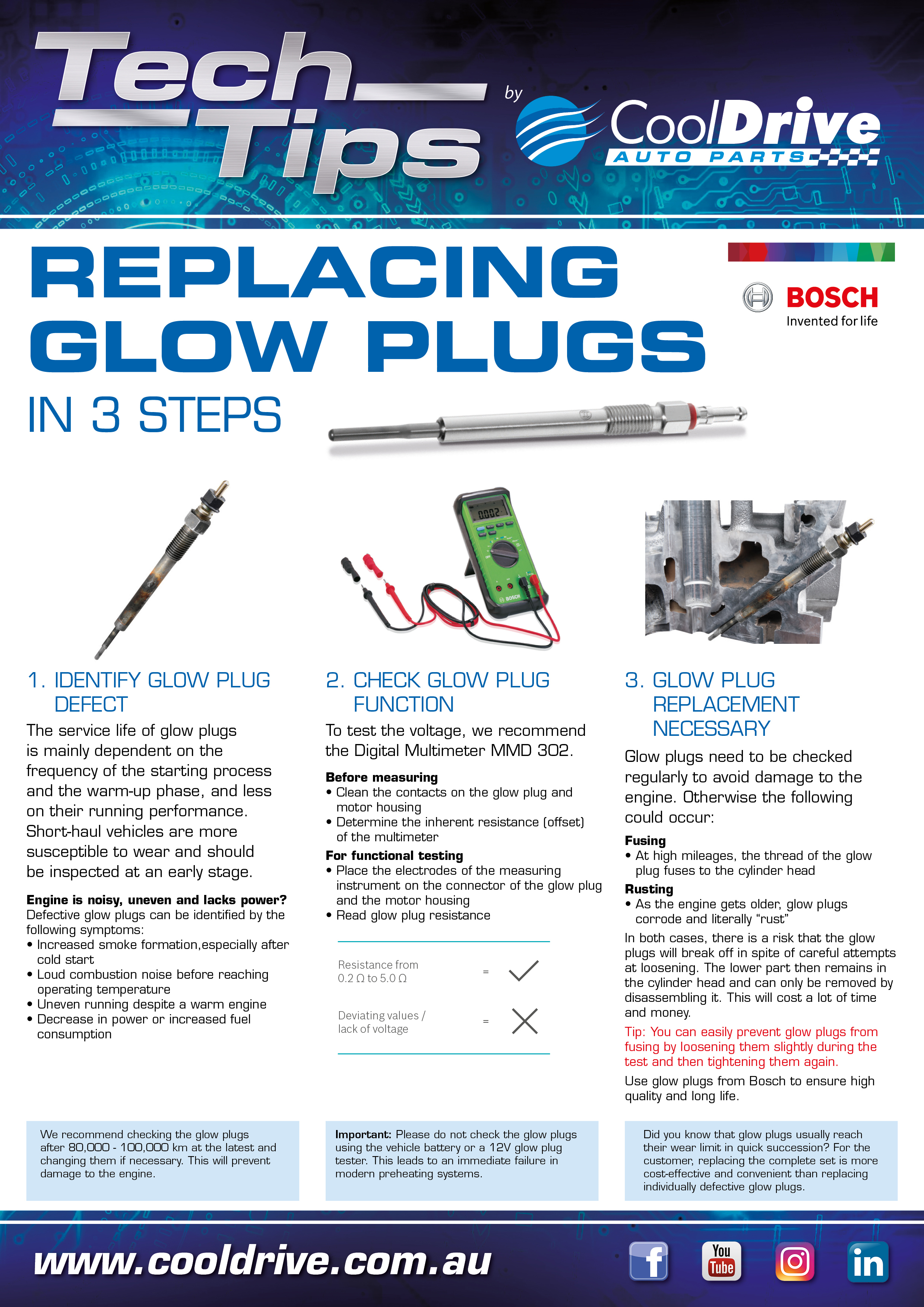 The service life of glow plugs is mainly dependent on the frequency of the starting process and the warm-up phase, and less on their running performance. Short-haul vehicles are more susceptible to wear and should be inspected at an early stage.

Defective glow plugs can be identified by the following symptoms:

We recommend checking the glow plugs after 80,000 - 100,000 km at the latest and changing them if necessary. This will prevent damage to the engine.

To test the voltage, we recommend using a Digital Multimeter.

Important: Please do not check the glow plugs using the vehicle battery or a 12V glow plug tester. This leads to an immediate failure in modern preheating systems.

Glow plugs need to be checked regularly to avoid damage to the engine. Otherwise the following could occur:

In both cases, there is a risk that the glow plugs will break off in spite of careful attempts at loosening. The lower part then remains in the cylinder head and can only be removed by disassembling it. This will cost a lot of time and money.

Tip: You can easily prevent glow plugs from fusing by loosening them slightly during the test and then tightening them again.

Did you know that glow plugs usually reach their wear limit in quick succession? For the customer, replacing the complete set is more cost-effective and convenient than replacing individually defective glow plugs.

Use glow plugs from Bosch to ensure high quality and long life, find them on iShop HERE.

This material has been prepared with the intent to provide a resource of reliable information; however no warranty (express or implied) is made as to its accuracy or completeness. Neither is any liability assumed by CoolDrive Auto Parts for damage or loss resulting from reliance on the information or process disclosed.