These manifolds use swirl flaps to improve air-fuel mixture at engine speeds below 3000rpm under certain operating conditions. 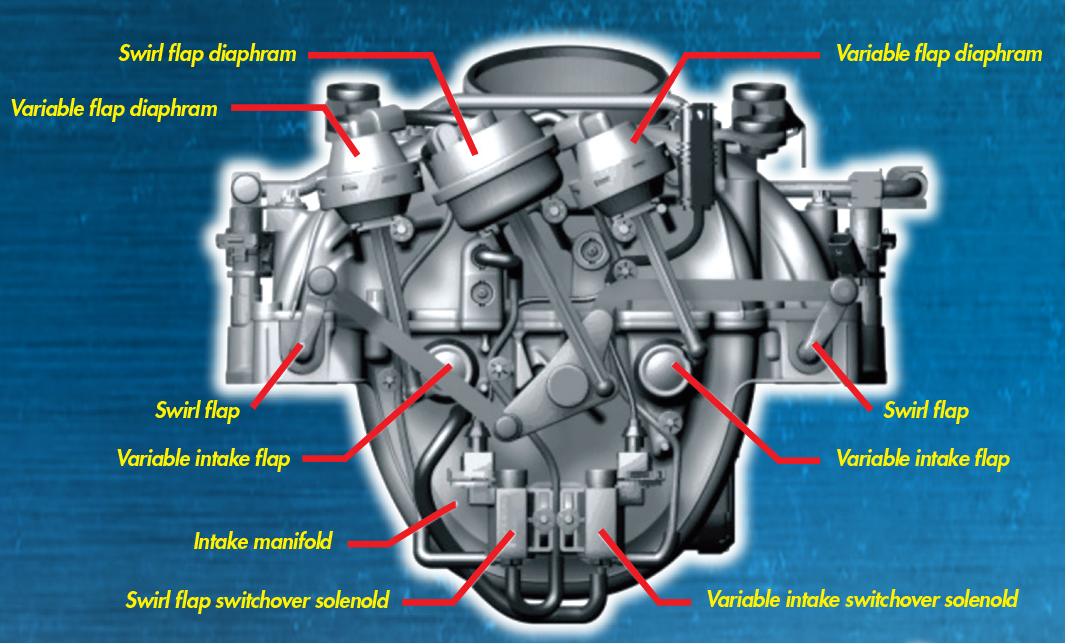 • Swirl flap position sensors monitor the flap position (activated/not activated). These sensors (hall sensors) are located at the rear of the intake manifold.

• Replace the inlet manifold assembly if either the variable intake or swirl flaps are seized.

• Replace the inlet manifold assembly if any linkages or vacuum diaphragms are faulty.

For further information and advice, contact a CoolDrive Repair Centre near you.


This material has been prepared with the intent to provide a resource of reliable information; however no warranty (express or implied) is made as to its accuracy or completeness. Neither is any liability assumed by CoolDrive Auto Parts for damage or loss resulting from reliance on the information or process disclosed.
© Copyright 2021 CoolDrive Auto Parts | Site Powered & Designed by PRONTO-Xi Avenue.
Warranty | Disclaimer | Privacy Policy | Terms of Trade | Terms & Conditions